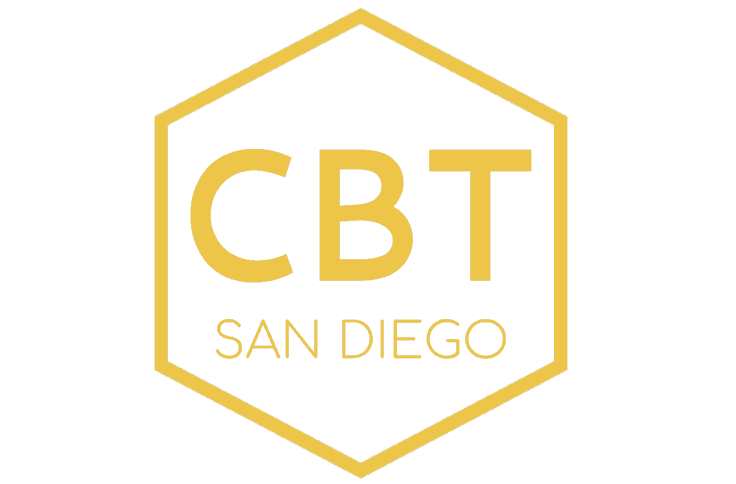 At CTI, our first priority is to help you identify and clarify your specific goals and to develop practical, effective strategies to reach them.  We offer expertise in CBT, using empirically supported treatment (EST) plans that have proven effective for depression, panic attacks, phobias, PTSD, OCD, social anxiety, and other anxiety conditions.  In treatment of depression, we offer guidance in challenging negatively biased, dysfunctional thinking and behavior patterns and in strengthening more positive, realistic views of yourself and life.  We support you in developing specific steps you can take to emerge from depression such as planning and pursuing pleasurable activities that have been missing in your life.  This includes strategies referred to as behavioral activation. For phobias and other anxiety disorders we typically employ empirically based exposure therapy (ET) protocols, with support in developing motivation and overcoming obstacles to this challenging but very effective form of therapy.  Our therapists also have extensive training in related approaches such as Mindfulness (MBSR), Acceptance and Commitment Therapy (ACT), or Assertiveness Training that are integrated in our treatment to ensure that you develop a range of skills that will support optimal health and resiliency.

Cognitive Behavioral Therapy (CBT) has emerged as the leading form of psychotherapy for panic, anxiety, phobias, post-traumatic stress disorder (PTSD), social anxiety, obsessive compulsive disorder (OCD), depression, stress, and many other conditions.  It was developed and refined over the past four decades through the pioneering work and research of Aaron T. Beck M.D., in conjunction with extensive research and contributions by many other clinicians around the world.  CBT maintains a holistic approach to each unique individual, recognizing the interrelationship between our thinking, behavior, emotions, and physiology as they interact with a given environmental context.  CBT is sometimes referred to as Cognitive Therapy because of the strong and important emphasis on identifying, evaluating, and changing maladaptive patterns of thinking and relevant underlying beliefs (i.e. cognition) that are causing or maintaining anxiety, depression, or other problems. In general, cognition is represented in the way we view ourselves (self-image), other people, and the world, in our day-to-day lives.  It involves the particular or unique meaning that we give to things we experience.  For example, some people may interpret their own shortcomings or mistakes as perfectly normal parts of being human, whereas others might interpret similar shortcomings as meaning "I'm a failure", or they may believe "People won't like me if they know about these flaws".

The term "cognitive", at a more scientific level, refers to the psychological structures, processes, and resulting thoughts (including interpretation, images, and assumptions) that are relevant in our way of perceiving and reacting to life events.  Cognitions include phenomena such as perceptions, thoughts, images, assumptions, expectations, schemas, and other beliefs about ourselves, people and life: Each of these directly affects our emotional reactions, behavior, relationships and virtually all areas of life.

Excessive worry about things that might happen ("What if_____!"), frequent self-criticism, or chronic self-doubt are just a few examples of cognitive patterns that cause or perpetuate anxiety and depression, and which might interfere with activities or progress in life.  Such dysfunctional thoughts and beliefs may seem completely true, or may be occurring at a subconscious level, thus we may not be aware that they involve exaggerations, distortions, or unbalanced views about ourselves and the world.  Unhelpful, maladaptive thinking can usually be changed in significant and positive ways through CBT, providing relief from emotional distress often within a matter of weeks, or ever within a given therapy session.  Further, changing maladaptive thinking patterns and beliefs will lead to lasting improvements in emotional reactions, self-esteem, relationships, and other areas of life.  CBT requires conscious work on the part of the client, but your therapist will provide support and guidance in the process.

Panic: “These racing thoughts / weird feelings of detachment / out of control feelings … must mean I’m going crazy!”, or ,“I’m not getting air!… I’m going to pass out! … I must get out of here!”, or, “I’m having a heart attack!" (when the heart has been tested and is fine), or “I’ve got to pull the car over or else I’m going to pass out / lose control!”

Social Phobia: “I don’t know what to say to people… They’re going to notice how uncomfortable I am … They’ll see my face turn red … my hands shaking … my voice tremble… and they will think I’m weak/weird, and won’t want anything to do with me! ... Won't be able to respond ... Better to just stay home, not go ... Tell them I can't..."

Anger:  “I shouldn’t have to explain it to them a second time …Those people are so stupid!”, “How come everything in the world is so screwed up!”, “I hate getting stuck in these ridiculous lines …”, or “She/He is always doing that to me!”

Relationship issues: “She did that because she’s trying to control me.” “If he really cared, I wouldn’t have to ask him to help with the dishes.” “She never wants to do what I want to do”. “The best way to deal with him/her is to just avoid the whole issue.”

Contact us if you have questions or would like to schedule an appointment with one of our therapists.

Welcome! Check out my new announcement.